When I met Santiago and Maeve via Zoom, they were scrambling to get all their belongings packed and get on the road for their cross-country move from Texas to Seattle. They reached out because they were planning a truly classic elopement: running away together, to a new city, with only a couple weeks to throw it together. They’d already hired Loren to take photos and I was thrilled to be recommended as their officiant.

A Witchy Halloween Elopement on the Perfect Fall Day

When Maeve and Santiago explained what they were planning – a witchy Halloween elopement somewhere in nature with a handfasting ritual – I was 1000% in! Loren suggested Rattlesnake Lake as the location and it ended up being the perfect fall wedding backdrop. The leaves were all burnt orange, the lake was crystal blue behind them, and it was a gorgeous, sunny day. You literally couldn’t have a better forecast for a fall wedding in the Pacific Northwest!

How I Wrote a Wedding Ceremony for Maeve & Santiago

Maeve wanted to incorporate some pagan elements into the ceremony, so we worked together on the text to begin the ritual. On the day, Maeve took the lead by creating a sacred circle and calling the four elements before I stepped in for the rest. I thought it was so special that they got to take an active role in their own wedding ceremony!

When I asked what they wanted their elopement to feel like, one of the things they told me was that they wanted their wedding ceremony to be fun! So, we included a game of rock, paper, scissors to determine who would say their vows first. You can tell by the smiles and laughter that we succeeded in having a good time!!

And, as they exchanged their wedding vows, the emotion and gravity of the moment hit them. They both teared up as they made their promises to each other. It was clear to everyone watching that Maeve and Santiago are absolutely smitten with each other.

They also wanted to include a handfasting, which is a very old and currently very popular wedding tradition. They selected some hefty ropes for it, which I loved the look of, and I helped them to tie a “magic knot” as they released their hands at the end of it.

What Santiago & Maeve Had to Say About Their Rattlesnake Lake Elopement

I asked them to share some reflections on their relationship and their elopement, and here’s what they had to say:

How did the two of you meet? What was your engagement like? Who proposed and how?

We met at a Halloween party in our college town in 2015. We discussed getting married and picked out a ring together in 2019. Santi proposed to be in central park in New York while on vacation. It was magical. Then covid hit so we put off wedding planning for quite some time. We tried to plan our ceremony many times and it never felt right. We made the decision this year to move from Texas to Washington this year and decided to elope. It was like a ton of bricks lifted off our shoulders and perfect timing.

What were some of your favorite moments of your wedding ceremony?

Playing paper, rock, scissors over who got to say their vows first, and of course hearing the vows. Also, the handfasting was super special.

What was the most challenging part of preparing for your wedding ceremony?

Coordinating everyone and making sure we had all the materials we needed.

What made you decide to hire a professional officiant? Why did you think Cindy was the right choice?

Even though we were eloping, we still wanted the ceremony to be personal and non-traditional. Cindy was the perfect choice because she tailored the ceremony exactly to our needs.

How did you pick your wedding location and venue? What were you looking for when you started searching? Did you find it?

We picked the spot at rattlesnake lake because we wanted beautiful scenery and to be surrounded by nature. It was exactly what we wanted.

How does your wedding fit into the Aisle Less Traveled philosophy (independent, feminist, LGBTQ+, etc.)?

Feminists, leftists, polyamorous, and I (Maeve), identify as queer.

What They Wore to Elope at Rattlesnake Lake

I can’t end this post without talking about the incredible fashion sense that Maeve and Santiago brought to their Halloween elopement.

Maeve had a magnificent black dress with an incredible flower crown and the perfect makeup look to go with it.

Santiago’s floral jacket was just *chef’s kiss* and their outfits went perfectly together.

And you simply must admire their matching tattoos!

It was a delight and an honor to witness their love and to officiate their elopement. I know they have many happy years ahead of them in their fabulous new Pacific Northwest lives!! Congrats Maeve & Santiago!!

Photos in this and all posts are published with the permission of the photographer. All images are fully protected by copyright law and may not be downloaded, copied, edited, shared, printed, or published elsewhere without explicit written authorization from the photographer. 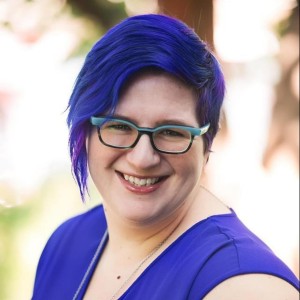 Then you need a Choose Your Own Wedding™ planning subscription.

Why Are Wedding Planners So F*cking Expensive? (Part 2)